Urban Admin builds strong partnerships, helping clients grow their businesses, free their time to pursue their many passions, and move them from "to do" to "it's done!"

A couple of years ago, we never would have thought news websites would be passé. But more and more, ‎people are turning to social networking sites such as Twitter to get real-time news and information. I’ve ‎had people ask me how that’s possible (hashtags). I’ve heard people say they don’t care what someone ‎three states away is having for lunch (the restaurant cares). And I’ve heard people say that Twitter is a ‎passing fad (like television). I admit that barely a year ago I was in that last group. Now it’s become my ‎first – and favorite – source of news.‎

So how does tweeting work? Let’s look at three strategies you can use to get up-to-the-minute ‎information about news, events, and the best deals in your neighborhood.‎

‎1.‎ Use “hashtags.” No, it’s not something you can get arresting for smoking. Hashtags are how ‎people on Twitter (Tweeple) find others with common interests/concerns. A hashtag is simply a word or ‎phrase (no spaces) with a pound sign in front of it. Hashtags are searchable on Twitter, and you can see ‎what everybody is saying about that particular topic. For example, the city of Minneapolis (where I live) ‎recently was hit with multiple tornadoes. By going into Twitter and searching #tornado I found that a lot ‎of people were using the hashtag #mnstorm. I clicked on that hashtag and I was able to get news and ‎information from people who witnessed the storms first-hand.‎

‎2.‎ Look at “trending topics.” I’ve heard people say they found out about Michael Jackson’s death ‎because all of a sudden he was a trending topic. Trending topics are subjects or people that have suddenly ‎become very popular in the Twitterverse (the Twitter universe). High-interest breaking news, whether it be ‎political, social, or entertainment, will be a trending topic.‎

‎3.‎ The “lunch thing.” You don’t care what the guy in the next cubicle wants for lunch? The nearby ‎restaurants care. And if cubicle guy sends a tweet like “hungry 4 #lunch 8th & Nic Mpls any ideas ‎‎#mplslunch” (see the use of different hashtags?), the nearby restaurants that are following the same ‎search strings or hashtags are going to tweet some coupons or specials his way. Don’t forget, Twitter is organic. The ‎way it’s used is determined by the users. Hopefully, after ‎his lunch he’ll tweet “#lunchbyjoe #mplslunch gr8 svc & food tkx 4 coupon” – and that tweet will be seen by other people who are looking for a good lunch in Minneapolis. No restaurant owner, or any business owner for that matter, can buy that kind of publicity.

Meanwhile, I’m going to twalk to my tweeple. One of my tweeps – @taigoodwin – posted a comment on Twitter, and she’s so brilliant I had to do a RT and reply.

Next up – RT, follows, and @mentions. If you don’t understand what that means, it’s ok. You will, I promise.

Find me on Twitter at @SherylSnitkin. Bye for now! 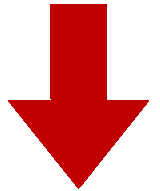 Wondering how a Virtual Assistant can make your life easier?

Thank you! I promise to never, ever share your email with anyone!